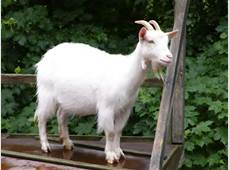 Why sacrifice an animal? Wisdom  behind of sacrifice.

The Prophet Muhammad (S.A.W.W) was once asked by his Companions: “O Prophet of Allah! What is this qurbani?” He replied, “It is the Sunnah of your father Ibrahim (A.S).” (Hadith – Ibn Majah) Allah (swt) says in the Qur’an: “It is neither their flesh nor their blood that reaches Allah; it is your piety that reaches Him.” (Qur’an 22:37)

The practice of qurbani can be traced back to Prophet Ibrahim who dreamt that Allah ordered him to sacrifice his most precious thing. Ibrahim was in a dilemma as he couldn’t determine what was his most precious thing. Then he realized it was his son’s life. He had faith in Allah’s command. He let his son know the purpose why he was taking his son out of their home. His son Ismail agreed to follow Allah’s command, however, Allah intervened and informed him that his sacrifice had been accepted, and replaced his son with a sheep. The philosophy behind udhiyyah is that it is a demonstration of submission to Allah, complete obedience to His will or command and sacrificing belonging for him. Ibrahim demonstrated this spirit of submission and sacrifice in the best possible manner. Therefore, every Eid al-Adha, we, Muslims slaughter an animal to commemorate Ibrahim’s sacrifice and to remind ourselves of our duty of feeding the poor and helping the needy.

Masjid Manhattan each year collects funding to feed the poor through the world for Eid-al-Adha. We hope this year, with your support, to reach more brothers and sisters in need.  For Qurbani donations, please check our website two weeks before Eid.